Zin Bu the Magical Abacus was a member of the Celestial Bureaucracy who was charged with cataloging the destruction that the player caused but after the pirate attack was demoted to sales because he could not keep up with the damages you caused.

Zin Bu is gained as a non-combat follower at the Forest Shadow’s heaven and can be used to buy or sell things at any given time from being selected at the follower screen.

Personal Quest: Zin Bu has a chance to get revenge on the person who lost him his old job by exposing his corruption.

Death: Zin Bu is able to provide magical items all the way through the fight until the very last hold out, when he is cut off. He gives away his last items for free, then joins the fight at the very end. He manages to kill a Fire Mephets before being stabbed by an orc. 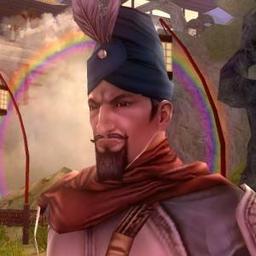