A Playboy doctor with his ghost girlfriend

Although not a household name, Tharan Cedrax is well known in several circles. In the casinos of Nar Shaddaa, he is cursed as a card-counting mathematical genius. To the eligible women of the galaxy, he is a famous charmer who sees rejection as an intriguing challenge. Among technologists, he earned accolades for solving a technical paradox that revolutionized computer slicing; despite his achievements, however, Tharan isn’t taken seriously by the galaxy’s scientific community, which looks down on him as a playboy rather than a serious researcher. In recent years, Tharan has taken an interest in “exo-technology,” an almost unknown field involving esoteric alien sciences, and gone into business making custom gadgets for wealthy clients. Often accompanied by his lovely holographic companion, Holiday, Tharan has spent his credits freely, enjoying the very best Nar Shaddaa has to offer while staying just shy of its dangers."

Tharan Cedrax has made a name for himself in several circles, and has developed a reputation for himself as both a technological genius and a gallivanting playboy. All throughout his life, Tharan was fascinated by all forms of technology, especially computers and holographic technology. Tharan would study all forms of technology in his life before turning his attention to the field of exo-technology, the study of rare and alien technologies believed to not originate from this galaxy.

But while his discovery was well appreciated among his scientific peers, Tharan himself was not taken seriously. Considered a brilliant scientist, Tharan was also known to be a fly-by-night playboy and notorious gambler. He would often use his intellect and mathematical prowess to get the upper hand during his frequent visits to the casinos of Nar Shaddaa, and the number of women he’s charmed would impress even the most smooth-talking smuggler.

With his holographic companion, Holiday, Tharan continues to gallivant across the galaxy in his search for new adventures and new technologies…

Cedrax was a calm, but sarcastic, man who almost always sought rational answers to conflicts. He had a firm belief that knowledge was morally neutral and always desirable to keep, which sometimes put him in conflict with the Consular if a fantastic weapon or forbidden science project had to be destroyed for the greater good. He also disliked overt or unnecessary displays of Force abilities, especially the Jedi mind trick. Cedrax considered himself a pacifist, but the realities of life on Nar Shaddaa meant that he was proficient with a scattergun and a blaster. Much of the time, however, he used his technological wizardry to heal to Consular in battle or deployed Holiday as a distraction.

In addition to his passion for science, Cedrax also enjoyed fine luxuries and the attention of beautiful women. He did not form lasting relationships, as his true emotional attachment was to Holiday, and she was easily spurred to jealousy. 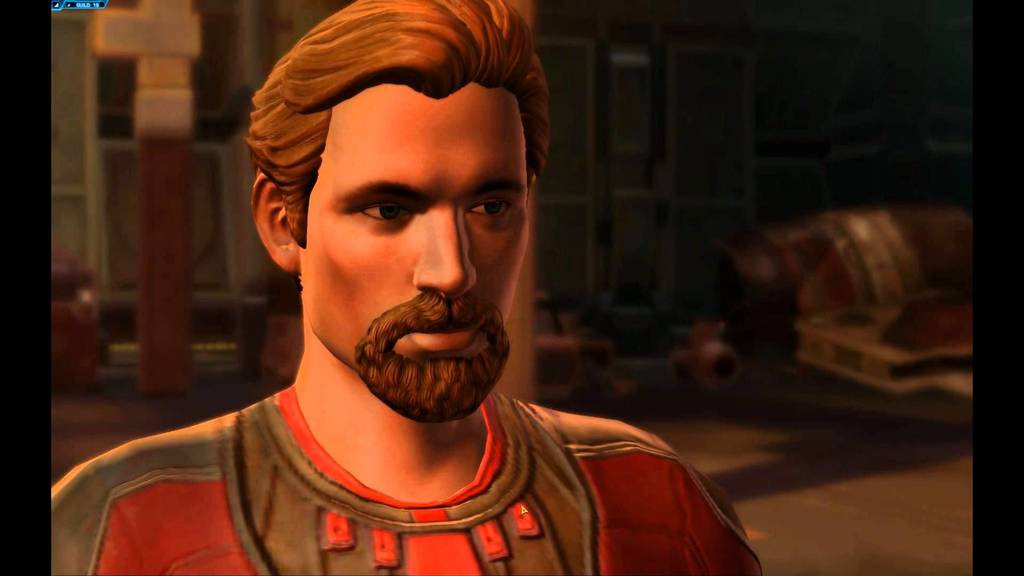