Blade of the Broken Bough
The story of the Broken Bough is a sad page in the history of the Jade Empire. When Emperor Zuwan, ninth emperor in the time of divisions, died suddenly with no heir, his wife, Seng Si, assumed the throne to prevent chaos. Though respected, she was seen as merely a ceremonial caretaker. When war erupted a decade later the Imperial Army would not follow her orders, so she took up a sword and asked instead that they follow her lead. Emperors lead armies only in legends; Seng Si’s commitment stunned her detractors, and her death shamed the nation. Seng Si the Broken Bough changed the face of the Imperial court, though the relics of her rule were never displayed.
This +5 Straight Sword deals double damage to Spirits

Although Lian is well traveled and experienced in the Jade Empire, her breeding is still apparent; she is quick to dismiss people and borders more than occasionally. Being snobbish and a bit naive, she looks at her allies as commoners who are only worthy of traveling with her because she allows it. Nonetheless, she enjoys her other side, giving her the freedom to break away from tradition from time to time, although she respects her necessary adherence to it when in her Princess self.
One of Sun Lian’s greater skills is manipulation; she uses her beauty and cunning to get what she wants, even as Silk Fox. She is also competitive, confrontational, determined, slightly callous and, to a certain degree, immature. She cares for the wellbeing of the Empire and its population centers, and hurried to Two Rivers to aid survivors despite being too late to help, although she seems to lack compassion to the individual people of the land.

Silk Fox is romanceable for both male and female characters.

Romance: She will date either male or female characters with Guile and Charisma of at least 14

Personal Quest: one of her handmaidens has betrayed her. Kick the little bitch in the face

Death: She dies fighting against a band of Lotus Assassins 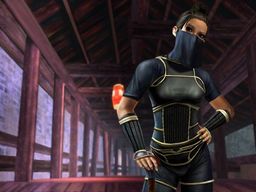