The most boring druid ever.

Moil spent his childhood amid the joys of the Misty Thicket, which included the smell of sweet baked goods, the taste of stout ale and the occasional smile from one of local plump, hafling lasses. A son of farmers from farming community just outside Rivervale, Moil developed a strong aversion for the local rabbits that grew in numbers every year and that increasingly threatened the tidy rows of cabbages and carrots. Watching his mother and father scrape and scounge for every bite of food, Moil swore vengeance upon the crop pilferers. Moil spent days in the wild, sleeping under the blanket of stars and living off the meat of victories. He became so skilled at rabbit hunting that he developed a fondness for their flesh and has since refused all other forms of meat. What should i bother him to feast on the very creatures that fatten themselves on the fruits of his parent’s labor? His frequent presence in the woods eventually caught the attention of the local druids. Soon enough, he began his journey was a servant of the wood and learned to help maintain the delicate balance between civilizaiton and nature. As his exposure to the druidic way increased, he began utilizng his knowledge of root, herb, animal and crop. The local tradespeople happily totured the eager hafling and before long he could brew, sew, forage, and cook with the best of them. Once he masterd the secret of druidic ring-travel, he explored new lands in search of new components for his collection of recipes. His wanderlust took him great distances, and his ever-curious mind sought to learn all he could about the world of Norrath. No skill proved too difficult to learn and no language proved too complex. From the throaty croaking of the froglok to teh delicate melody of the Koada’Dal, he patiently mastered the foreign tongue of every creature he came into contact with. Until the call of the road ceases to lure him. Moil intends to make his way through Norrath one continent at a time. His gift for adapting to new lifestyle and languages makes him enemy to few and friend to many.

Moil had seen some pretty amazing things in his day. He had talked to trees, traveled through the druid portals of Tunare, and befriend all manner of animals (rabbits notwithstanding, of course) and magical beast. But never in his life had he seen something as ridiculous as what his gnome allies introduced as the “MegamagicalSupersealer 500.” It had been a few years since he had fallen into ocmpany with the LEatherfoot Raiders. They had, in all honesty, shown him quite a good time, and turning graw as he was, the excitement was a reminder for him of his ever-receding youth. Now, he stood with the Riadesr, overlooking a contraption of questionable value. “That has to be the dumbest thing I’ve ever seen” Moril rattled one “There is no way on Karana’s green earth that this…this thing…will do a darn lick more than take up entirely too much space!” “The MegamagicalSupersealer 500 is top notch, my friend!” a gnome by the name of of Sweezer announced were not impressed, and certainty not amused. “You mean to say that if we sneak this thing into Neriak, it’ll seal it off from Norroath for good?” Moil asked. The handful of other haflings present, mostly MOil’s friends and apprentices, began to mumble in doubt. “For 500 years, with a full guarantee!” Sweezer exclaimed. “These darkling elves must be stopped. They continue to reinforce their numbers by the drove! The war in Faywder must be ended and not the way those ridiculous ink-skinned vermin’ll do it. Left to it, those devils would be wearing gnomish skulls from their ears when it’s all said and done!” Rivervale was up in arms for the next two days, calling an emergancy meeting of the elders in order to discern whether or not to the gnomish device would indeed live up to its promise. Despite all of the nay saying and grumbling, the Leatherfoot Raiders agreed to smuggle the device into Neriak’s First Gate, and as Sweezer put it, blow the entrance to bits. Never one to turn down a good adventure, Moil agreed to accompany the Raiders. They and their clockworks dug day and night for several days, creating secret tunnels that would allow for their escape once the device was properly position within the Teir’Dal city. When the raiders finally poked through the city, Rivervale was sent word at once: Neriak’s First Gate would soon fall. Device in hand (or rather on several handcarts), the Raiders slipped into Neriak’s First Gate and proceeded to plant the Megamagicalsupersealer 500 in the agreed-to location. Moil watched with anticipation, readying a teleportaiont spells in case the planned escape turned disastrous. Astonishingly, though, the hafling and gnomes invovled ruched through their hastily built tunnels and emerged in Nektulos with nary a scratch. Moil and the others watched from a distance, and within the hour, a great explosion shook the forest. Rocks crumbled over the opening of the dark elven city. 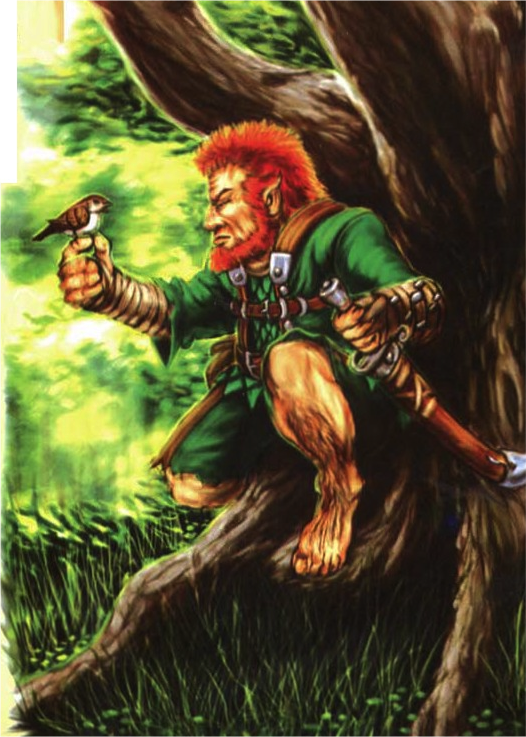