Tremendous melee damage output, The Ironbull is among the hardest hitting companions in melee, and his massive damage output doesn’t vary on the enemies armor/weapon/shield styles. He also can hit multiple foes without sacrificing that damage and at the cost of his health can draw upon a wide variety of special attacks for extra damage.
Speed: He is surprisingly fast for his size, which gives him more action points than you would expect.
Mental Resistance: His high mental stats makes him resistant to many of the saves that could down other opponents.
Social skills: While he lacks them himself, his knowledge can give access to extra dialogue options.
Health: he has an obscene amount of health, even for a Qunari Warrior
Large Carrying Capacity

Disadvantages. Defense: While his health is high, he has little in ability to dodge, reduce, or resist damage, no damage threshold, and while he can wear the best armor (amplified by Vitaar) this only somewhat mitigates how easy it is to hit him for a lot of damage. The fact that he is a Reaver only compounds things
No tanking abilities, morale boosting, or battlefield control.
Fear of Magic: Refuses to use any magical item that requires activation to trigger or has a visual magical effect.
Is very vulnerable to sneak attacks and special attacks from inflitrators, rogues, theives and other such opponents.
Morale: Goes Berserk easier than somebody at his level should.
Extra weakness to fear spells. 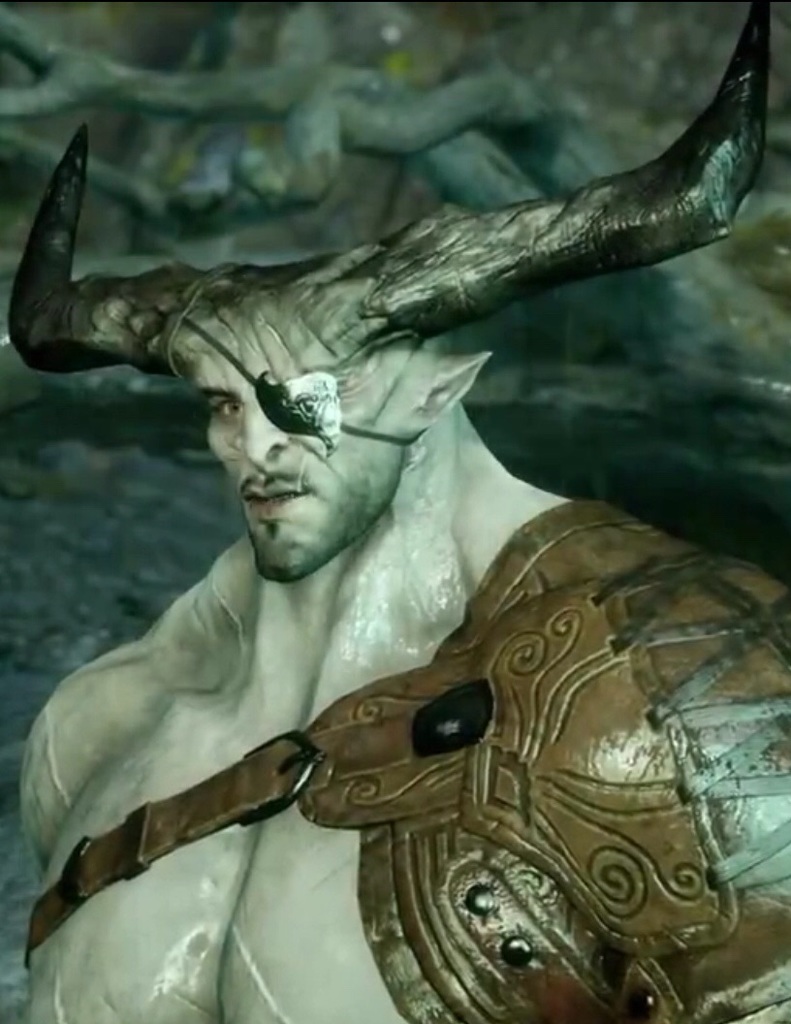