“Raised by a colony of pacifist Dusklings, Rusk rebelled against his family’s beliefs and enlisted with the Republic military as soon as he could. At first, he proved to be a brilliant soldier and was identified as a rising star in the Republic’s ranks. Somewhere along the way, however, his bravery crossed the line into recklessness. Although he still accomplished his combat missions, casualty rates among his squad rose astronomically. Rusk quickly became a pariah among other soldiers, including his superiors. His aggressive pursuit of victory over the Sith Empire at any cost has earned him many medals from politicians, but no promotions from his commanders.”
―In-game Codex (Persons of Note)[src]
Sergeant Fideltin Rusk is a 40-year-old male Chagrian Trooper of the Galactic Republic. During his assignment on the icy planet of Hoth, he met a Jedi Knight. After their successful mission, Rusk was set in service of the Jedi Knight by his commanding officer.
Sergeant Fideltin Rusk is in many respects the epitome of everything the Republic wants in a soldier. He is a decorated soldier whose actions have led to countless victories for the Republic. He is a firm leader with a commitment to perfection. He never questions his orders and is willing to do whatever it takes to complete his objective. But his commitment to the mission has also made him very few friends, and stunted his rise within the Republic military.

Many of his colleagues see Rusk as reckless, often sending his squad into battle against overwhelming opposition. While he would meet his objective and complete the mission, often sealing a battlefield victory for the Republic, the casualty rates among his squad rose drastically. Yet while his men fell all around him, Rusk himself always returned from the front line, eager and ready to reassemble his men and charge into the next impossible assignment.

Information on Sergeant Rusk’s family is sparse. It is known that he was raised in a small, peaceful Chagrian colony. Many years after he left to join the Republic military, the colony was destroyed during an Imperial incursion into Republic space. It was shortly after this attack that the first reports of Rusk’s recklessness were sent to his commanding officers.

Although his recklessness and disregard for safety are seen as drawbacks, it cannot be denied that Sergeant Rusk is willing and capable of doing whatever it takes to ensure victory for the Republic. 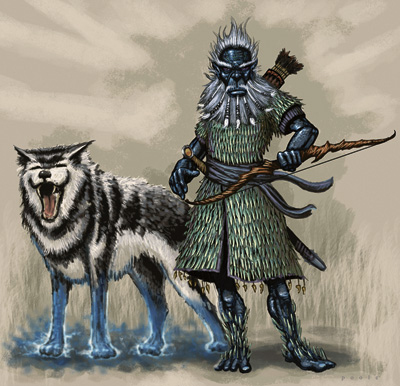