An ex Imperial who has gone over to the Republic

Personal Quest: Get her Republican citizenship

“A highly talented field medic, Elara Dorne was born Imperial and served in the Empire’s military for two years before defecting to the Republic. She has since served with distinction as a search-and-rescue squad leader, earning several commendations for aiding wounded men under direct enemy fire. Her operational record is flawless. What no record can show is that Dorne’s background, combined with her strict adherence to regulations and rigid, uncompromising personality, has made her fairly unpopular with her fellow soldiers. In truth, she’s widely regarded as a cold, asocial killjoy, an unfortunate side effect of her dedication to embodying the laws and ideals of the Republic.”

A brilliant field medic with a flawless operational record, Elara Dorne is the epitome of an honor-bound soldier in the Republic military. But Elara’s commitment to duty and regulation is born from more than a simple respect for the Republic. She has seen the brutality of the Empire first hand, and has dedicated herself to defeating the enemy without resorting to their tactics.

Born into the prominent and influential Dorne family, Elara was groomed from birth to serve the Empire. When she was of age, Elara enlisted into the Imperial military, quickly rising through the ranks to become Lieutenant. Able to keep a cool head under enemy fire to both coordinate attacks while tending to her wounded, Elara was becoming one of the Empire’s most valued assets. But while she excelled, Elara was unnerved by the atrocities she witnessed. Violent arrests and forced confessions were familiar sights to Elara, and while she filed reports detailing the abuse of authority, she knew that they would go ignored. Over time Elara came to the decision that she could no longer stand by the actions of her commanding officers, and defected to the Republic.

It took time for Elara to earn the trust of the Republic brass, but eventually she was allowed admittance into the Republic Army. Throughout her service she has performed to the highest standards, earning countless commendations for valor and coming to command her own search and rescue team. While she has not made many friends among her peers, due in large part to her rigid and uncompromising personality, few in the Republic can deny her effectiveness in the field.

Elara Dorne was born on Dromund Kaas in Imperial Space. Her family is an austere and proud one, whose members have served the Empire with distinction for generations — as she herself points out, “It is an important family tradition.”. She and her brother Aleksei both strove to qualify for entry-service in the Empire’s military. To her personal delight, she qualified for Medical Service, while Aleksei made Technical Specialist on the same day.

She served as an exemplar soldier to the Imperial Military — as Elin Garza said, “Earning more field commendations in two years than most soldiers earn in ten.”. This was before she became disillusioned with how the Imperials circumvented their own rules, especially when a Sith asked them to. When she tried to bring her concerns before her superiors, they questioned her resolve to serve the Empire. Without any other course to follow, she defected before she was given an order that went against her concience, by using discrepencies within her unit’s patrol routes to slip away.

She surrendered to the first Republic patrol she encountered, and afterwards she worked for and joined the Republic military, where she continued her excellence of service for three years; earning the rank of Sergeant First Class, as well as two medals of valor for aiding wounded men while under enemy fire.

While she upholds the laws and ideals of the Republic, the fact that Dorne’s background, combined with her strict adherence to regulations and rigid, uncompromising personality, has made her fairly unpopular with her fellow soldiers. In truth, she’s widely regarded as a cold, asocial killjoy, an unfortunate side effect of her dedication to being a model soldier.

As she proved herself to be a talented field medic, Dorne was assigned to the re-colonization effort on the planet Taris, serving under Colonel Gaff as part of Republic SAR (Search And Rescue) Unit 204.

When the player’s Trooper first meets Sergeant Dorne on Taris, she is the only member of Colonel Gaff’s command that offers any help with tracking down one of the former members of Havoc Squad — which turns out to be Lieutenant Ryler Dorant, a.k.a. “Needles”. With quick tracking and Dorne’s infailable assistance, the player finds Dorant among an Imperial Base in an abandoned factory, where he and the Imperials are in the process of synthezing the rakghoul virus into a fully weaponized strain to use against the Republic.

The player takes him and his rakghoul “friends” down and returns to Dorne, who reveals she has been in contact with General Garza to report the missions progress and success. The player has a short conversation with the General, which leads to Sgt. Dorne joining Havoc Squad; thus “Bringing the unit halfway to full-strength”.

Dorne was both flattered and honored to be accepted to Havoc Squad, but she tells the player that she must report into Republic’s Personel Division, as she is still considered “a person of interest”, due to her Imperial background. With the player vouching for her, she reports to her handler — Captain Kalor — and when pressed for her current status, she replies that she cannot divulge the top-secret status of her new unit and its mission (which is met with irritation on the part of Kalor).

At some point after her joining up, Sgt. Dorne received an encrypted Imperial holo-recording. Fearing that she may be misconstrued as having communications with the enemy, she asks the player’s Trooper to be present when she views the recording. It is revealed to be a message from her brother, Aleksei, who has been captured by members of the Hutt Cartel on Nar Shaddar. Aleksei was detained for interfering with Cartel operations, so he requests Sgt. Dorne’s help as the Empire has disavowed him and his men. Seeing the possibility of having her brother defect to the Republic, Sgt. Dorne asks the player for permission to go and rescue Aleksei. So given, Sgt. Dorne performs a successful mission, and returns with the good news that her brother has made a full defection to the Republic, for which she is very grateful (even though they may not be able to speak to one another in private for a while).

Early lifeEdit
Elara was born to the Dorne family, a highly prestigious Imperial family, and rose quickly through the military ranks, after serving for two years during the Cold War, a stand-off war between the eternal rivals, Galactic Republic and Sith Empire. However, around 3645 BBY, she defected from the Empire because of moral differences with the Imperial command, especially how they would sacrifice honor and discipline when a Sith asked for it. She tried reporting to her superiors but it only made them question her loyalty. Eventually, she feared that they would order to perform actions that went against her conscience. She noticed “numerous inefficiencies” in her unit’s patrol route and took one of those opportunities to escape. While she put off an air of stoic militarism, Elara joined the Galactic Republic, serving in the Republic Army and being stationed on Taris, becoming a combat medic. Despite her change of allegiance, Captain Kalor of Personnel Division was convinced that Elara was purposely withholding information.
Havoc SquadEdit
In 3643 BBY, still during the Cold War, Elara was the only soldier willing to assist Havoc Squad in their classified mission to hunt down defected Republic traitors whereas Colonel Gaff refused. During the search, Havoc ran into Colonel Thorus, an Imperial officer Elara was familiar with, responsible for mass murders in defiance of direct orders from Imperial High Command. Once Thorus gave the information Havoc needed, Elara advised executing him to prevent him from committing any more atrocities. Once Havoc completed their mission, General Elin Garza recognized Elara’s initiative and had her transferred to Havoc Squad. With her CO backing her up, Elara made it clear to the distrustful Kalor that Havoc Squad’s activities were top secret.
Elara soon received a call for help from her brother Aleksei, whose squad was disavowed by the Empire on Nar Shaddaa. She was able to help her brother and convinced him to defect to the Republic. But Kalor was still suspicious of her and pushed forth with his pointless investigation. Eventually, when he managed to form an inquiry, Elara was able to prove to Personnel Division what a waste of credits Kalor’s persecution of her was. Thus, she was no longer declared a “person of concern” and was formally recognized as a citizen of the Republic. 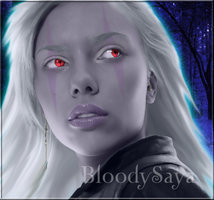