Adder of Antivia
+3 Shortbow, deals 1D8 extra nature damage.
These brightly painted bows are prized possessions among the Antivan pirates. A rain of arrows can clear the deck of an approaching ship and light fire to its sails.
Vigilance
+4 Horse Sword, automatically overcomes light armor

Vigilance was commissioned by Ferelden’s Warden-Commander and crafted by master smith Wade of Denerim. This powerful blade was fashioned from the bones of an ancient dragon. Forging was arduous and required the use of many rare and priceless components. The sword was stolen from Vigil’s Keep by Antivan Crows, but even they could not hold on to the blade. It has since changed hands several times. Some say that Vigilance has a life of its own and that it chooses its owners, coming to them in a time of need.

The charge of the Ash Warriors is a sight to behold. With hounds at their side and their fierce battle cries, the Ash Warriors have buckled the ranks of even stalwart veterans. And if the enemy line does hold, then the true test begins. Quill and ink is a poor medium to convey the sheer power of their rages.
Despite the Ash Warriors’ renown, several misconceptions persist. Some believe the mercenaries are predominately Avvar of Chasind tribesmen. Certainly their armor evokes barbarian roots. But the men and women of the Ash Warriors are almost entirely civilized. In my travels as chronicler and surgeon, I spent several months with the Ash Warriors, although finding any willing to speak of their history was difficult. The stories I gradually elicited were chilling tales of hard men.
One was an arsonist who joined the Ash Warriors on the gallows. Another had committed fratricide, and another’s dire past I dare not recount. In joining the Ash Warriors, their crimes were forgiven, for it was as if they were never born. Even in legal records their old life is erased—contracts voided, marriages annulled, records of birth erased. In this, they are much like the dwarven Legion of the Dead. Their new lives are dedicated to redemption and service.

My first night with the band, I was startled when they asked me to sing a few verses of the Chant of Light. Grim to a man and fearsomely garbed, yet they were as eager to hear the Chant as the most faithful parishioner. I felt as the first missionaries must have—surrounded by barbarians. The more I learned of the Ash Warriors, the more questions I had. They are mercenaries who demand no pay, men with no pasts, considered the king’s men yet beholden to no one. I could have traveled with them for many years and still had mysteries to uncover.

—From Annals of the Scarlet March, by Brother Bedine, Chantry Scholar

Doge’s Dodger (belt)
+4 Dodge Bonus against missile Attacks, +2 Strength and Dexterity
The Antivan prince for whom this belt was made dodged several assassins’ arrows, then died at swordpoint.

Lifegivers
+2 Constitution, 3 Hit points per 5 Rounds Regeneration, 6 when out of combat, +1 to AC, +15 to hit points gotten by healing

The dark arts of a powerful blood mage forged this ring. Despite its unsavory origin, the ring’s power has made it a favorite of many nobles and heroes over the centuries. Some say its abilities come at a price, but if true, that price is not apparent.

A Progenitor Cosscut
+2 Dexterity
A cross section of translucent bone, edges capped by bands of veridium. The inscription, “One Griffon,” is archaic Rivaini, although condition suggests a more recent construction.

Rock-Knocker
+2 AC against Physical attacks
The Rock-Knockers are a storied battalion of Orzammar’s lost sister city, Kal-Sharok. A less stoic version of the Legion of the Dead, they are also less committed to inevitable death, honorable or not.

The armorer that made these boots didn’t know that heavy means slow.

Death: Dies against a band of Draklings 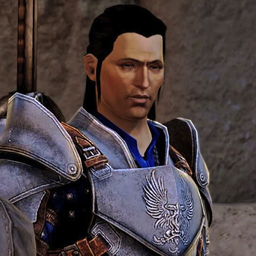